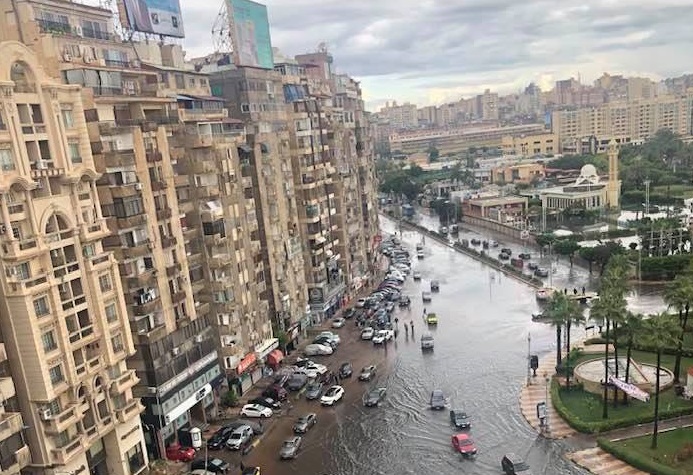 The rains in Egypt resulted in the flooding of streets and areas in the coastal city of Alexandria (northwest of Cairo), which led to the collapse of an entire property in a neighborhood.

The governor of Alexandria, Major General Mohamed Al-Sharif, said – in statements reported by the Egyptian media – that the collapse of the property in the Al-Gomrok neighborhood resulted in the death of two children, brothers of a 7-year-old and 6-year-old child, and the referral of some of the injured to the hospital while the search for others under the rubble continued.