The blockading countries are trying to reverse the gains made in the region during the Arab Spring. 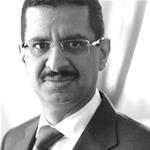