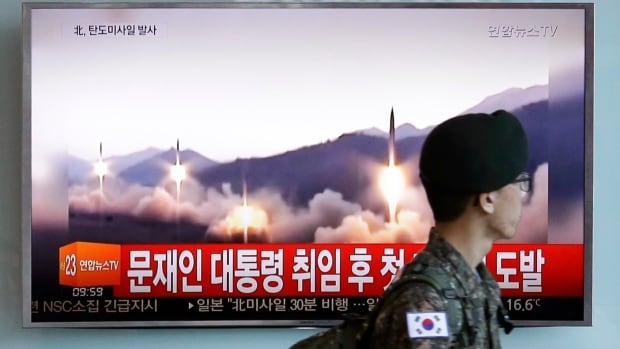 A South Korean army soldier walks by a TV news program showing a file image of missiles being test-launched by North Korea, at the Seoul Railway Station in Seoul on Sunday. (Ahn Young-joon/Associated Press)

North Korea fired a ballistic missile Sunday local time from a region near its west coast that flew 700 kilometres, South Korea’s military said, days after a new leader took office in the South pledging to engage in dialogue with Pyongyang.