Why the proposal for a Saudi-led deployment of Arab forces to Syria would not work. 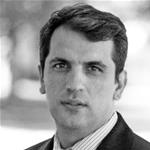 by Joe Macaron
an hour ago

Yemen is not Saudi Arabia’s only unfinished war in this decade. Before Crown Prince Mohammed bin Salman’s military intervention in Yemen, the former Saudi intelligence chief Prince Bandar bin Sultan spearheaded, between 2012 and 2014, a clandestine proxy war against Iran in Syria. Now, US President Donald Trump is offering Riyadh a comeback to compensate for the potential withdrawal of US forces from Syria.

White House National Security Adviser John Boltonand nominated Secretary of State Mike Pompeo are reportedly leading talks aimed to build an Arab coalition to serve as a stabilising force after the defeat of the Islamic State of Iraq and the Levant (ISIL, also known as ISIS) in northeast Syria. The countries involved in the discussions are Egypt, Bahrain, Jordan, Qatar, Saudi Arabia and the United Arab Emirates. The US is offering Riyadh – at the centre of these efforts – a major non-NATO ally status if it comes through with peacekeeping forces and funding.