At least 150,000 treasures kept in leading museums such as the Louvre in Paris and London’s Victoria and Albert Museum. 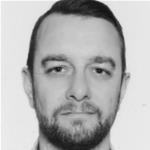 by Andrew Wilks
23 hours ago

Ankara, Turkey – Serdal Kuyucuoglu sits behind his desk in the Turkish parliament, flicking through a book detailing some of the thousands of ancient artefacts he says have been plundered from Anatolia over the past 200 years.

“There were so many things stolen from Turkey that are now held in museums in the US, England, Portugal, Denmark, France, Germany, Greece,” he said as he gazed at pictures of treasures from civilisations that once ruled parts of what is now modern-day Turkey.