Home News What does Iran want in Afghanistan? Tehran would favour a heterogeneous, if not divided, government in post-withdrawal Afghanistan. 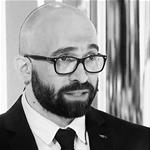 Unprecedented negotiations in Qatar between US special envoy to Afghanistan Zalmay Khalilzad and the Taliban have created cautious optimism for lasting reconciliation. “We made significant progress on vital issues,” Khalilzad wrote on Twitter, adding: “Nothing is agreed until everything is agreed, and ‘everything’ must include an intra-Afghan dialogue and comprehensive ceasefire.”

The potential peace pact, according to a Reutersreport, stipulates that foreign forces leave Afghanistan within 18 months of the draft deal being signed. It also requires the Taliban to prevental-Qaeda and the Islamic State of Iraq and the Levant (ISIL, also known as ISIS) from using Afghan territory to stage attacks against the United States and its allies.