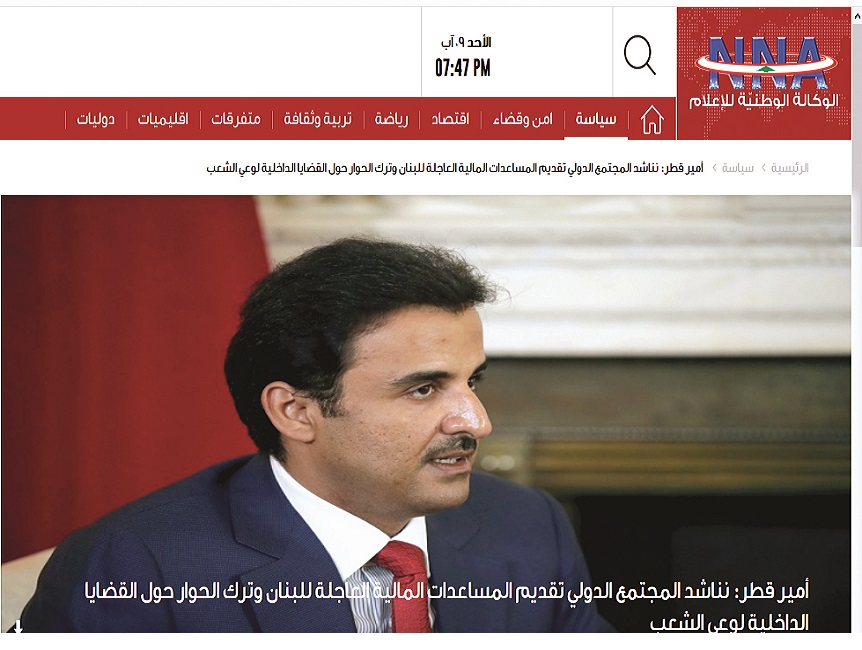 Lebanese media notes His Highness’s keenness to help the brothers