Muslims have been demonised in India. Now we are witnessing the violence that demonisation encourages. 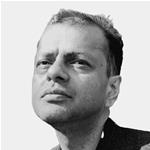