Home News In the video, an Indian elderly man returns to life after 24... 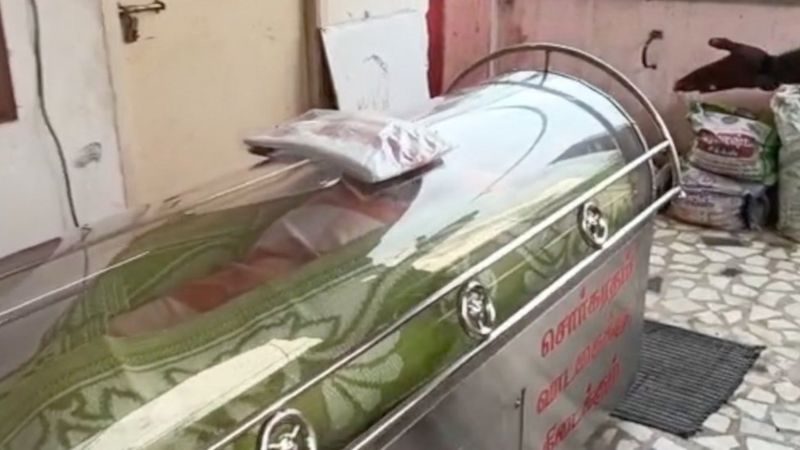 In a strange incident, an elderly Indian man returned to life from among the bodies in a refrigerator to keep the dead and was placed in it for 24 hours, after his family announced his death.

The story began, according to the British newspaper The Independent, when “Balasubramaniam”, 74-year-old Kumar from Tamil Nadu, India, was put in the refrigerator on Monday by his family after they noticed that he had stopped moving.

For the past two months, Kumar has been suffering from diseases related to aging, and he was living with his younger brother Sarvanan, who is 70, in the village of Kandhambati in Salem District. He thought that his brother, who was sick and suffering from seizures, had died, according to Al Jazeera Net.