Home News MBS and the Saudi crisis of legitimacy The latest arrests within the Saudi royal family show the young crown prince still feels insecure about his position. 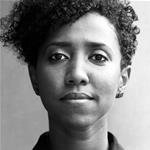