The NBA announced on Wednesday that it is suspending its season until further notice amid coronavirus fears.

The NBA will suspend games indefinitely 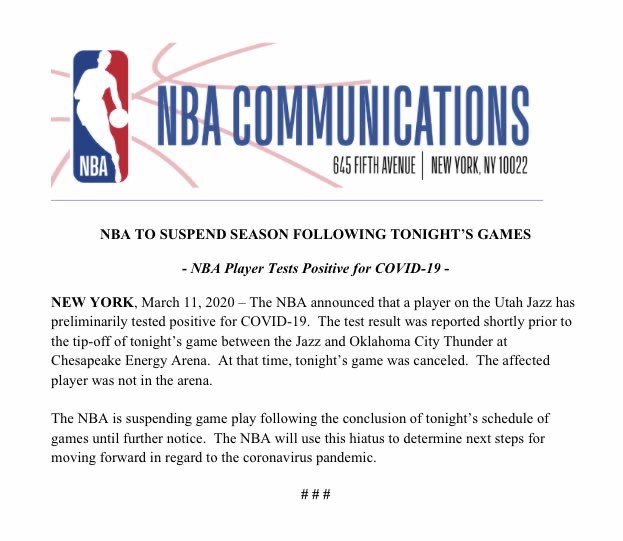