A shortage of ventilators in several major cities worsens as the US death count crosses 2,300. 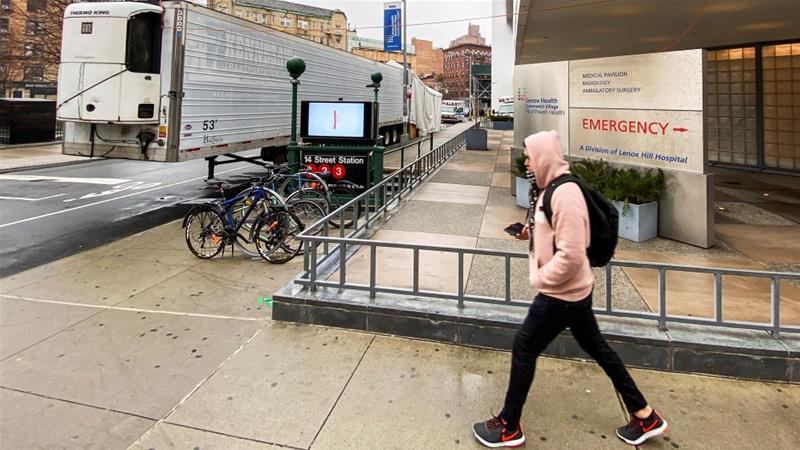 The US has now recorded more than 123,000 cases of COVID-19, the disease caused by the virus, the most of any country in the world [File: Eduardo Munoz/Reuters]

US deaths from coronavirus could reach 200,000 with millions of cases, the government’s top infectious disease expert warned on Sunday as New York, New Orleans, and other major cities said they would soon run out of crucial medical supplies.