India is just the latest country to face life-threatening temperatures before summer has even started. As extreme heat becomes more frequent around the world, how can affected areas adapt to remain livable? 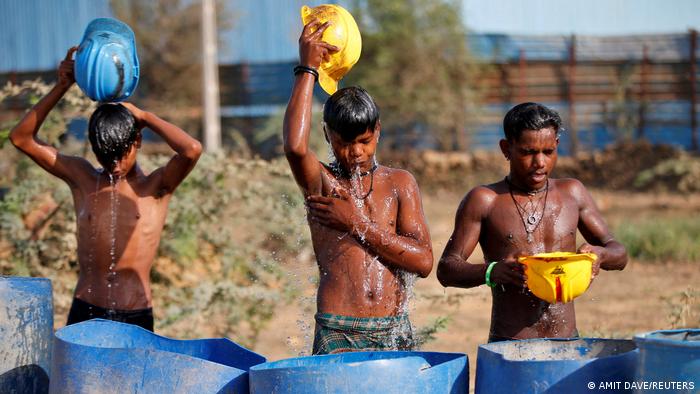 Workers use their helmets to pour water to cool themselves off near a construction site on a hot summer day on the outskirts of Ahmedabad, India

The effects of India’s heat wave, one of dozens just this year, are all-encompassing. Temperatures topping 40°C (104°F) across the country have put millions at risk for heat-related illnesses, decimated wheat crops, intensified a power crisis and interrupted schooling.

India is not alone. Neighboring Pakistan is also battling scorching temperatures before summer has even begun. And earlier this year, central South America was the hottest place on the planet before Western Australia claimed the title.