Home News The Jordanian King thanks His Highness: Our discussions confirmed the depth of... 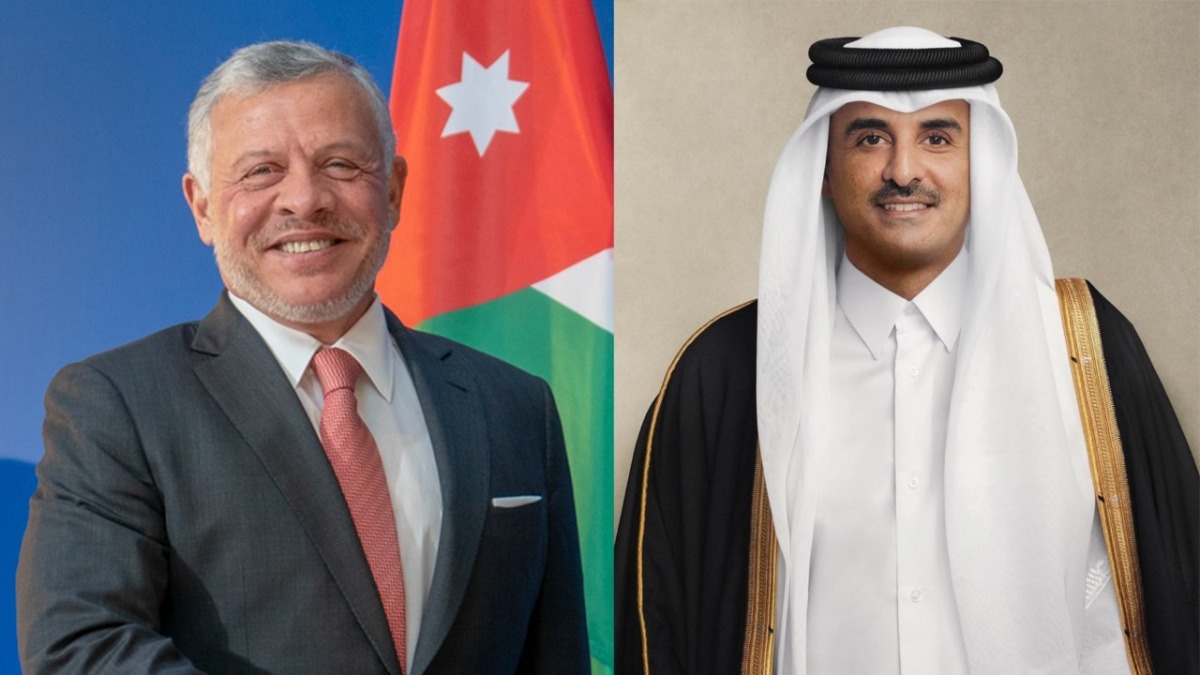 King Abdullah II Ibn Al Hussein, King of the sisterly Hashemite Kingdom of Jordan, who is currently visiting the country, thanked His Highness Sheikh Tamim bin Hamad Al Thani, Emir of the country, and the Qatari people for the generous hospitality.

His Majesty said in a tweet on his Twitter account: “I was pleased to visit the sisterly State of Qatar and meet my dear brother, His Highness Sheikh Tamim bin Hamad Al Thani. Our discussions confirmed the depth of brotherly relations between our two countries and peoples.”

The Jordanian monarch added: “I thank my brother (His Highness) and the Qatari people for their generous hospitality, and I look forward to continuing to build on the close relations to support stability in our region and serve the causes of our nation.”