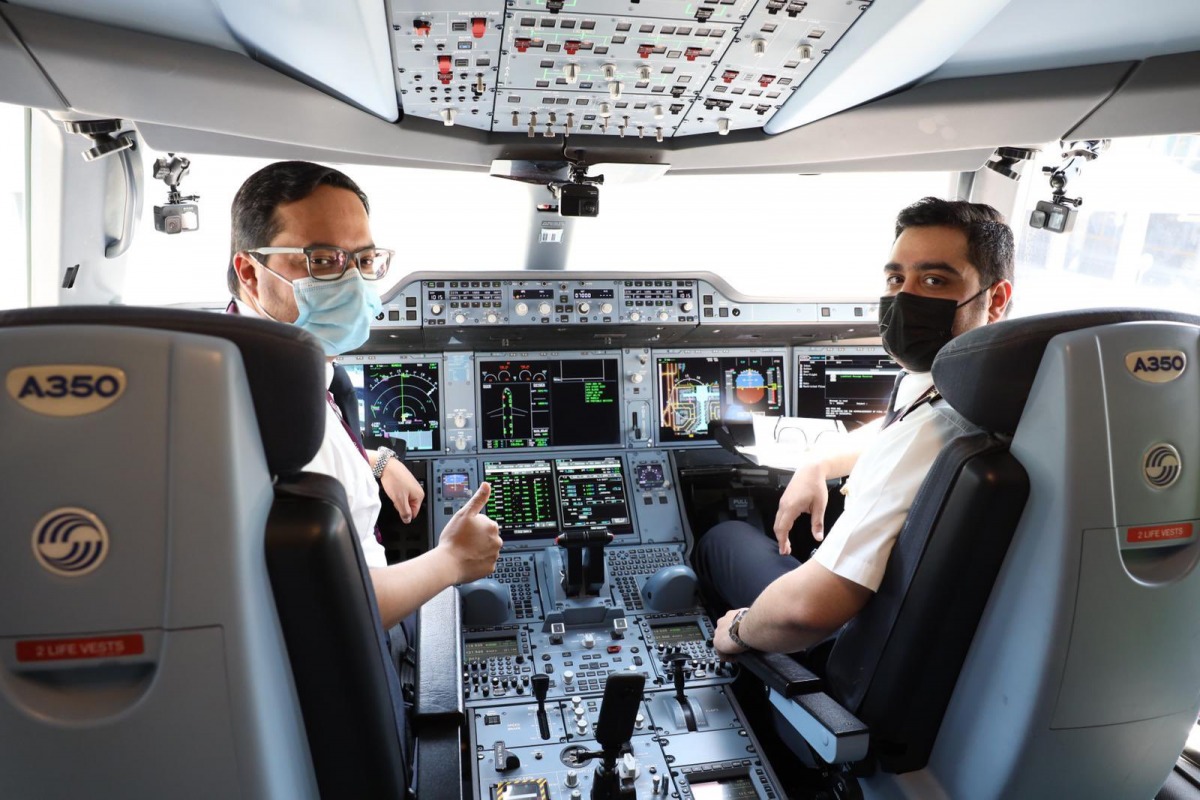 The national carrier continues the process of recovering international travel with this first-of-its-kind trip in the world, so that recent history records it the first to carry two restaurants against Corona after the discovery of the pandemic about a year.