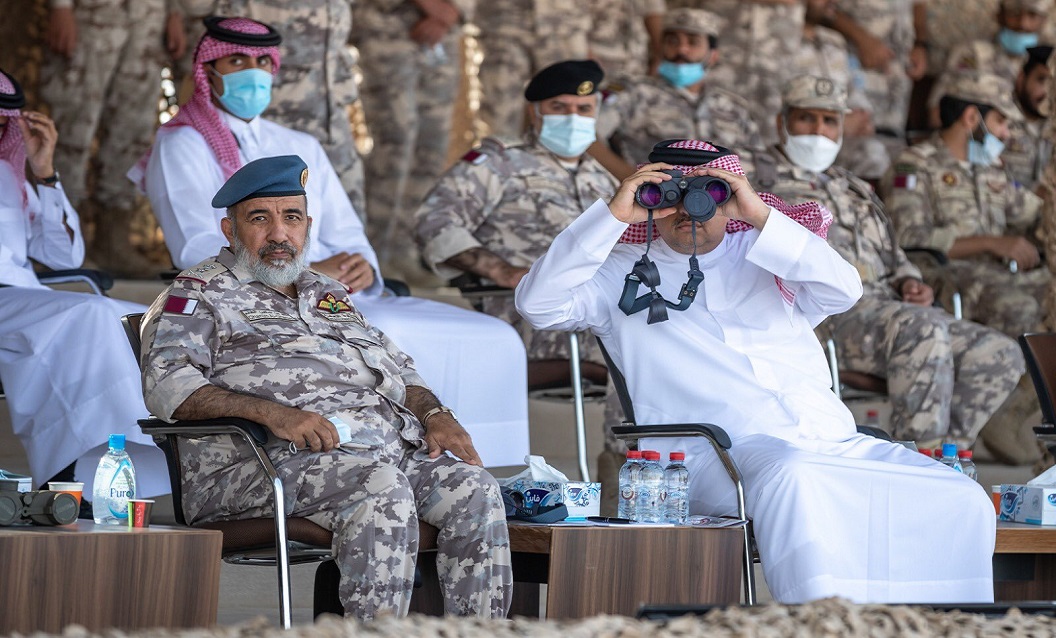 The conclusion of the Al-Adheed exercise 2021, in the presence of the Minister of State for Defense Affairs

All sectors and branches of the Emiri Armed Forces participated in the exercise, which lasted for two months, with the participation of the Amiri Guard, the Ministry of Interior, the Lekhwiya Force, the Turkish forces and the American forces, in addition to the Ministry of Communications and Transportation, the Ministry of Public Health, the Qatar General Petroleum Corporation and the Civil Aviation Authority.

It is noteworthy that the Al-Adheed exercise comes as part of the plan to secure the 2022 World Cup, and that the exercise aims to raise the combat efficiency of the Qatari Armed Forces, using modern command and control systems.