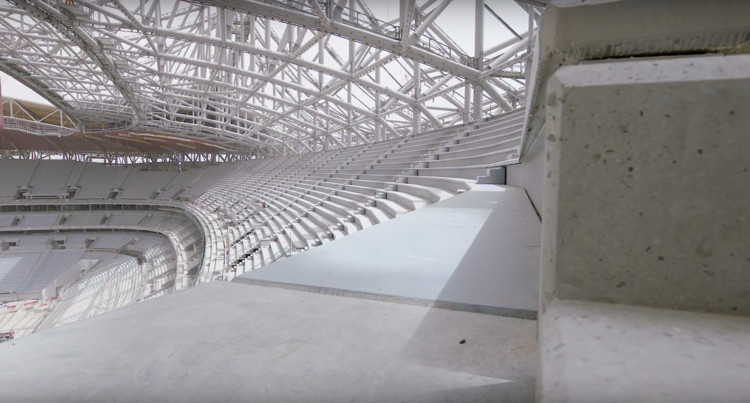 As the 2018 World Cup approaches, we architects can already look ahead to the next tournament. The 2022 FIFA World Cup in Qatar offers the most exciting opportunity in stadium design for decades, with the competition relying on an almost entirely new footballing infrastructure. Several world-renowned designers have submitted proposals, and the following set of newly released time-lapse videos show the progression of each stadium, as we approach four years to the competition’s start. Emphasising the structural shells, the videos highlight a sometimes overlooked facet of stadium design. To materialize the effortless magic of the initial renders – like those produced by Foster + Partners and Zaha Hadid Architects – phenomenal levels of engineering and problem solving are required, and in the early stages of construction, this becomes the visual focal point. Read on to see the beauty of these structural marvels, but be warned – you may develop World Cup fever.