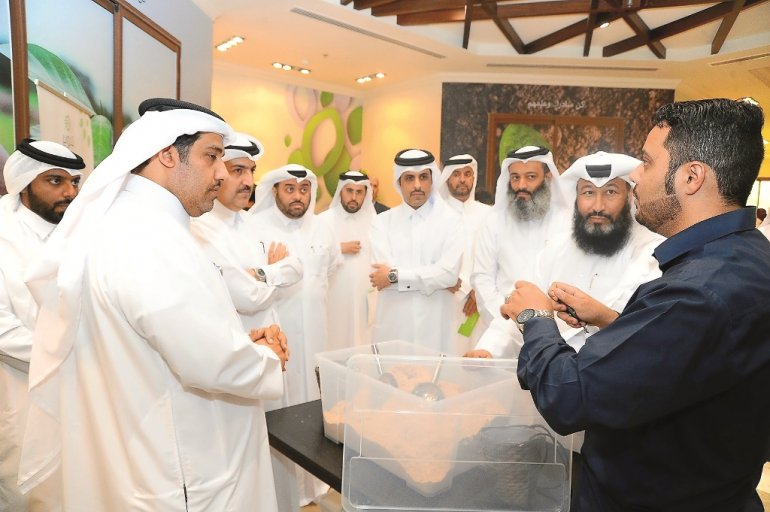 Ahmed Mohammed Al Sada (fifth right), Assistant Under-Secretary for Environment Affairs, with other officials from the Ministry, is being explained about recycling device (Tadweer) at the event in Al Khor Park yesterday.

DOHA: Ministry of Municipality and Environment, represented by the Public Parks Department, launched a nationwide initiative at Al Khor Park yesterday to turn food waste and tree leaves in to organic fertiliser with the help of a sophisticated recycling machine.

The Ministry plans to expand this initiative to other parts of the country by installing recycling machines in several places.

The initiative, “National Recycling Awareness (Tadweer), is being implemented by the Ministry in collaboration with Ras Laffan Power Company (RLPC) and Al Tayyar Company for Marketing and Event Management. 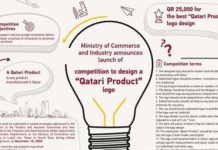 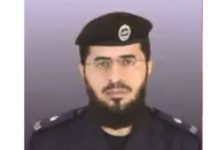