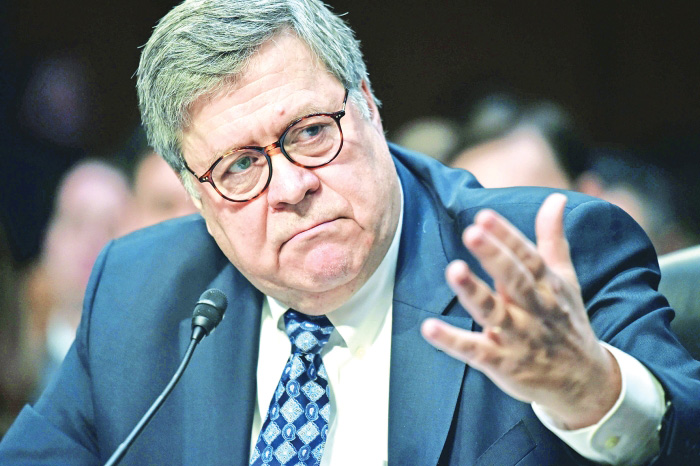 AFP
WASHINGTON
Donald Trump’s nominee for US attorney general said Tuesday he does not believe the investigation into possible election collusion with Russia is a “witch hunt,” contradicting the president.
“I don’t believe Mr Mueller would be involved in a witch hunt,” Bill Barr said, referring to Special Counsel Robert Mueller, who is heading the probe.
Barr made the comment under questioning by the Senate Judiciary Committee on the first day of hearings into his nomination by Trump to lead the Justice Department.
Barr was under pressure to guarantee he would protect the 20-month-old Mueller investigation from interference by Trump, a possible target of the probe.
Democrats suggested the Trump has recruited Barr, who was previously attorney general from 1991-1993, to protect him from the investigation, which focuses on whether Trump’s 2016 election campaign colluded with Russians and whether Trump obstructed the probe.