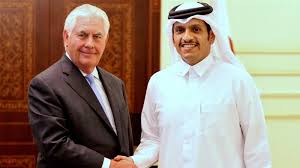 It’s the worst dispute to hit this region since the founding of the Gulf Cooperation Council in 1981.