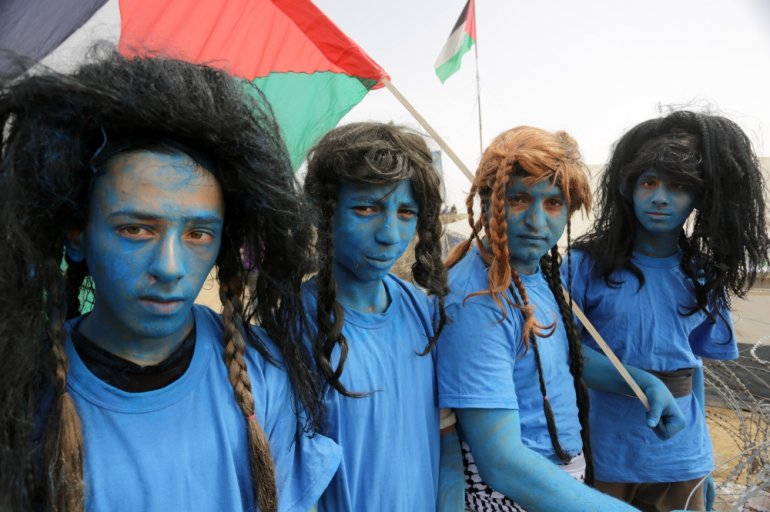 A group of Palestinian, dressed as Na’vi race in the movie Avatar, stage a demonstration to protest Israeli violations against Palestinians, within the “Great March of Return” near Gaza-Israel border in Khan Yunis, Gaza on May 04, 2018. (Abed Rahim Khatib – Anadolu Agency)

Gaza City, Palestinian Territories: Dozens of Palestinians were wounded by gunfire on Friday as thousands demonstrated on the Gaza border for a sixth week of protests that have seen nearly 50 people killed by Israeli forces.