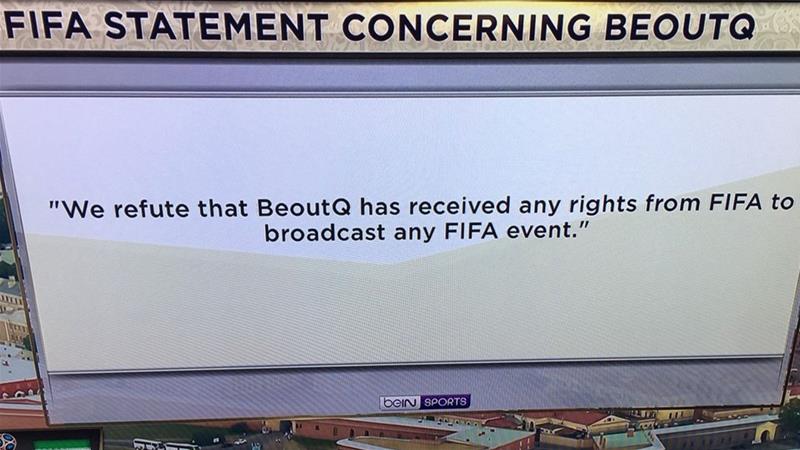 FIFA has said it is contemplating legal action against pirate channel BeoutQ, which has been illegally broadcasting the 2018 World Cup in the Middle East.

In a statement on Friday, the world football governing body reminded BeoutQ viewers that the pirate channel has not obtained the rights to show the matches, adding that the company is infringing on its copyright.