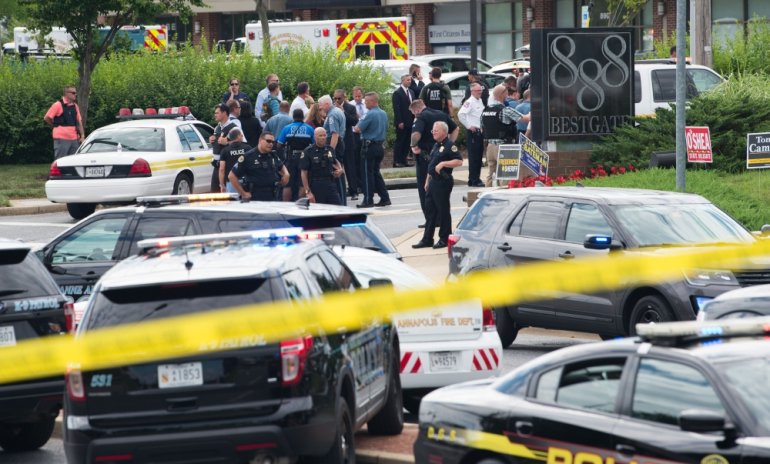 Police respond to a shooting at the offices of the Capital Gazette, a daily newspaper, in Annapolis, Maryland, June 28, 2018. The local ABC7 news reported “multiple fatalities” quoting police in the historic city located an hour east of Washington. AFP / Saul Loeb

A gunman fired through a glass door at a newspaper in the Maryland capital of Annapolis and sprayed the newsroom with gunfire on Thursday, killing at least five people and injuring several others, authorities said.

The suspect has been apprehended and no motive is known for the attack at the Capital Gazette newspaper, local political leaders said.