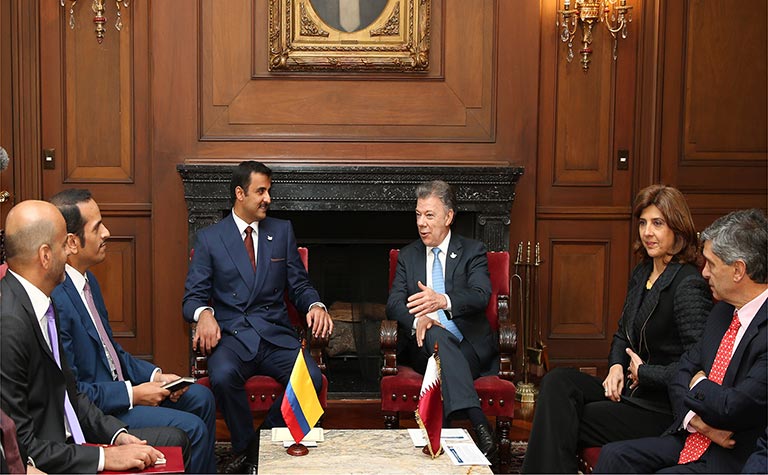 A session of official talks between the State of Qatar and the Republic of Colombia, chaired by HH the Emir Sheikh Tamim bin Hamad Al -Thani, and President Juan Manuel Santos, was held in the capital, Bogota at the Presidential Palace this morning.

During the session, HH the Emir and the Colombian President discussed relations between the two countries in various fields and ways of promoting them in line with the keenness of both sides and their quest to further develop them at all levels, especially in the areas of investment and energy.

The two sides also reviewed a number of issues on the regional and international arenas.