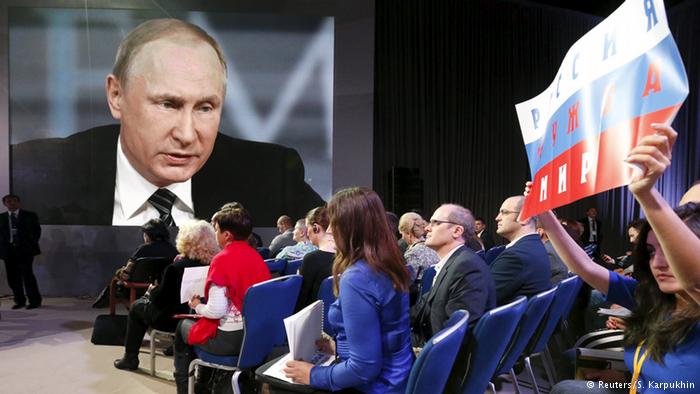 Putin basks in the limelight of global media

Russian President Vladimir Putin has admitted that military personnel were active in east Ukraine, criticized Turkey’s leadership and mused on the future of Syria. He did it in front of some 1,400 journalists.

Russian President Vladimir Putin admitted on Thursday during his annual press conference was that Russian military personnel were in eastern Ukraine carrying out “certain military tasks” though he denied a regular troop presence in the region.

“We never said there were no people there who were carrying out certain tasks including in the military sphere,” Putin told an annual news conference. “But that does not mean there are Russian troops there, feel the difference.”