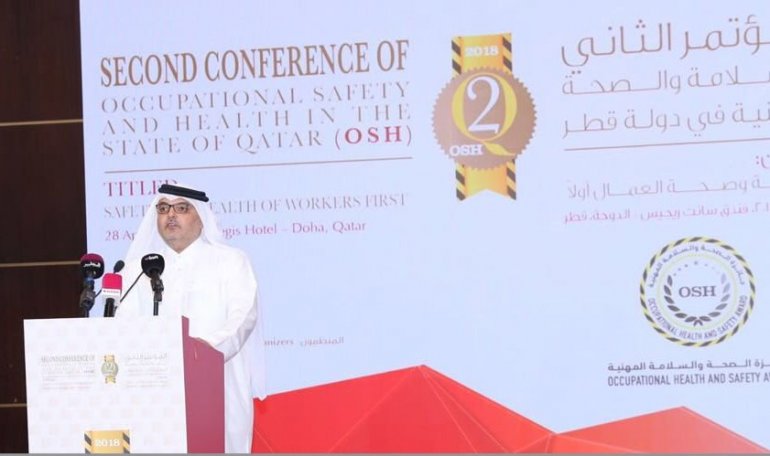 DOHA: President of the Public Works Authority (Ashghal), Dr. Eng. Saad bin Ahmad Al Muhannadi, yesterday said that the Authority is committed to the highest standards of safety, and occupational health in all projects implemented in the country to record nearly 100 million hours without injuries in some projects during nine months.

Dr. Al Mohannadi said in a speech at the opening session of the Second Occupational Safety and Health Conference, which started in Doha yesterday, that Ashghal gives occupational safety and health top priority by imposing a set of standards and requirements on consulting companies, and supervisory tours to ensure compliance with these standards to ensure the safety and security of workers in various project sites.