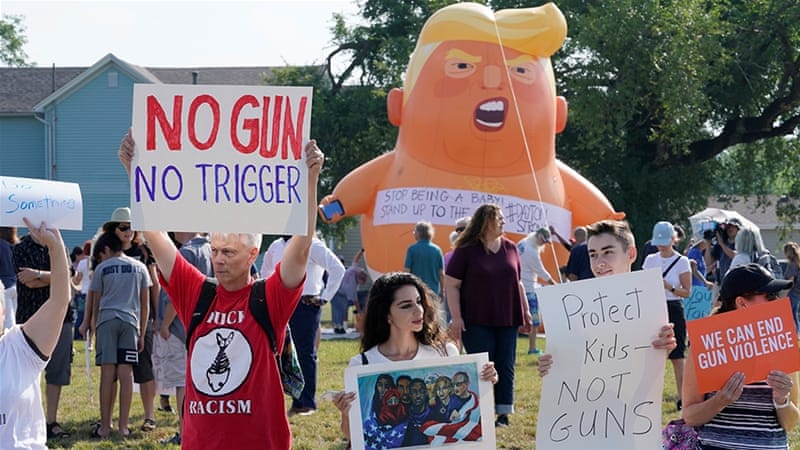 Protesters in Dayton and El Paso urge US president to take action after a mass shooting that killed dozens of people.

US President Donald Trump met victims and first responders from last weekend’s deadly shootings in Texas and Ohio on Wednesday, as chanting protesters accused him of inflaming tensions with anti-immigrant and racially charged rhetoric.

Trump visited hospitals where victims were treated in El Paso, Texas, on the border with Mexico, and in Dayton, Ohio, after massacres 13 hours apart that shocked the country and reopened a national debate on gun safety.