Doha to Host BADEA Board of Directors Meeting on Wednesday

Doha, March 02 (QNA) – Doha will host on Wednesday the first meeting of the Board of Directors of the Arab Bank for Economic Development in Africa (BADEA) for the year 2015.

The meeting, to be held under the patronage of HE the Minister of Finance Ali Sharif Al Emadi, will review a number of important reports including the Director General’s report on the activities of the Bank in January and February 2015, the financial report for the fourth quarter of 2014, and the annual report of the Bank’s activities in 2014, the Ministry of Finance said in a press release Monday. 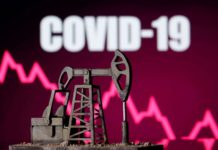