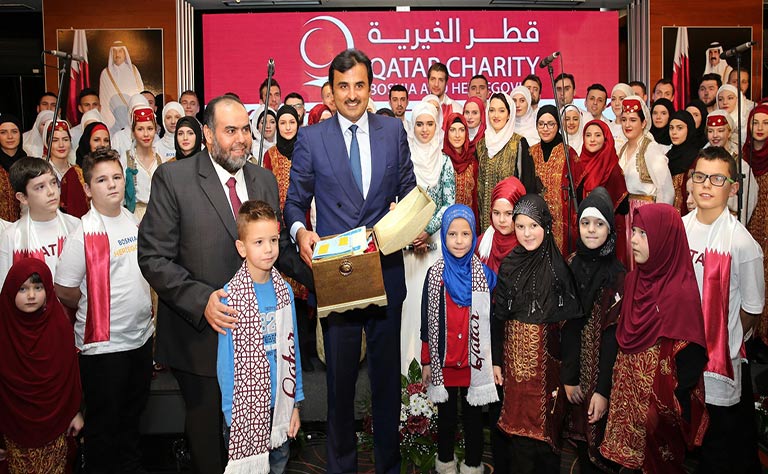 HH the Emir watched a documentary film about the activities of Qatar Charity in the Republic of Bosnia and Herzegovina and charitable efforts being rendered in Bosnian territory, in addition to Islamic songs performed by children to celebrate HH the Emir’s presence.