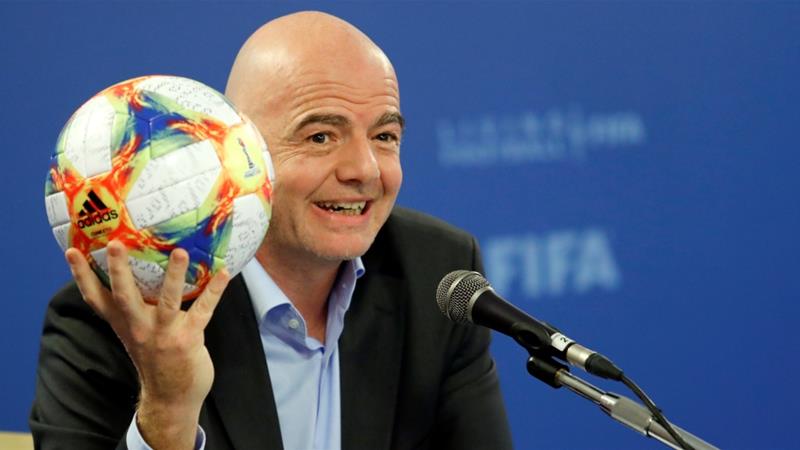 Football’s governing body will work with Qatar to potentially expand event by adding one more country to host matches.

FIFA’s council has approved working with hosts Qatar to explore expanding the 2022 World Cup to 48 teams by adding at least one more country in the Gulf to host football matches.

Gianni Infantino, the president of football’s governing body, wants to enlarge the tournament from 32 to 48 teams, which a FIFA feasibility study said would require at least one additional country to be used among five nations identified as possibilities.