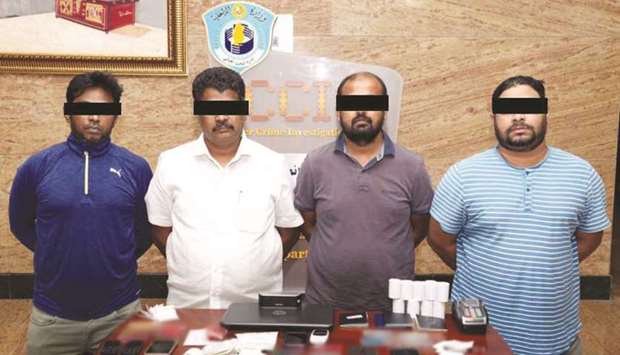 The Economic and Cyber Crimes Combating Department at the General Directorate of Criminal Investigation, Ministry of Interior (MoI), has arrested four Asians on charges of being involved in fraudulent activities.
Informing this on its Twitter page yesterday, the MoI said the accused persons used forged credit cards to make some
electronic payments.
The arrests were made after a search was carried out at the residences of the accused in co-ordination with the authorities concerned. Various devices and phones used in the fraud were also seized.
The four accused confessed to the charges and were referred to the judicial authorities to complete the necessary legal procedures.
In the wake of the incident, the MoI has urged the public and companies to be cautious and immediately alert the financial institutions and security agencies concerned if any suspicious payments are noted.