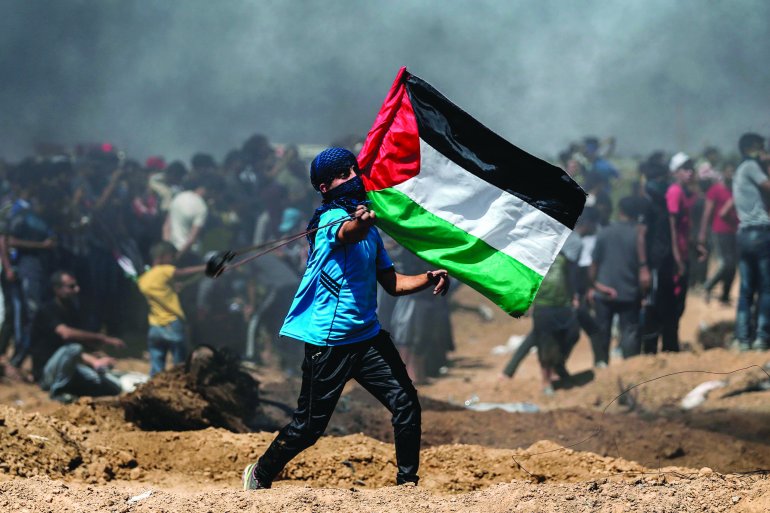 A Palestinian protestor waves his national flag during a demonstration along the border with Israel east of Jabalia in the central Gaza Strip on June 8, 2018. AFP / Mohammed Abed

By Nidal al-Mughrabi I Reuters

Gaza:  Israeli troops killed four Palestinians and wounded hundreds of others on Friday with live fire and tear gas used against protesters at the Gaza border, medics said.

Israel said it was defending the frontier against crowds that threw stones and burned tyres in an attempt to cross. It said at one location at least two Palestinian militants fired guns at its forces and others had thrown grenades.