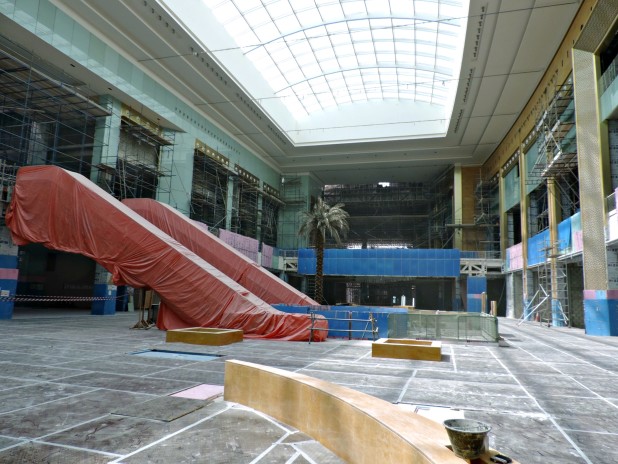 This article is updated here.

Roughly 70 percent, or some 350 shops, of the US$1.4 billion Mall of Qatar will be open for business when the shopping center welcomes its first customers on Aug. 23, a spokesperson has said.

With five months to go, construction of the 501,675-square-meter mall, located on the Dukhan Highway west of Education City, is in its final stages.

The mall appears to be racing to open before its biggest competitor, Doha Festival City, which has announced a September launch. Both malls are opening later than originally planned.