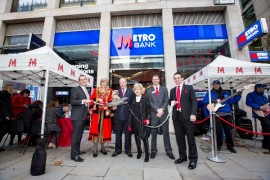 Metro Bank announced the official departure of its founding chairman Vernon Hill this week. After quitting as chairman in October, Hill is now also stepping down as non-executive director ahead of the 31 December 2019 date put in place by the bank for the end of his tenure.

Just two months after Hill left his position as chairman, the bank’s CEO Craig Donaldson also announced he would be leaving the bank at the end of this year.

Both men joined the retail bank in 2010 at its ideation, but after a tough year which kicked off with an accounting error that saw £900 million-worth of loans misclassified as less risky than they were, the bank suffered a staggering 89% loss off its market share value.