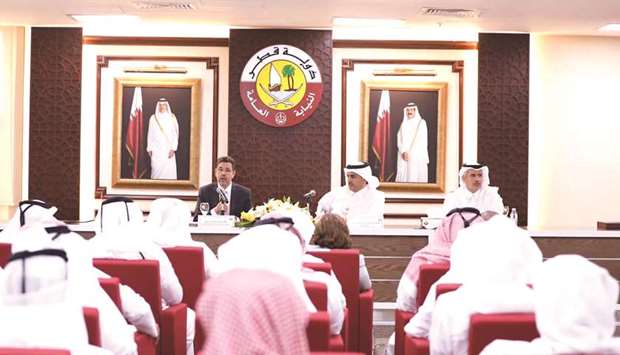 Chief Public Prosecutor in Morocco and the King’s Attorney-General Mohamed Abdel Nabawi praised the achievements of Qatar in the area of legislation. This came during a lecture organised by the Public Prosecution represented by the Institute of Criminal Studies. The Chief Public Prosecutor in Morocco, who is currently visiting Qatar, described the activities of the public prosecution in Morocco and the role it plays in serving society and fighting corruption. He also expressed his appreciation of the efforts of HE the Attorney-General Dr Ali bin Fetais al-Marri on the Arab and International stage, and his commitment to fighting corruption and supporting the law. The lecture was attended by a number of deputies of the Attorney-General and ambassador of Morocco to Qatar Mohamed Setri.