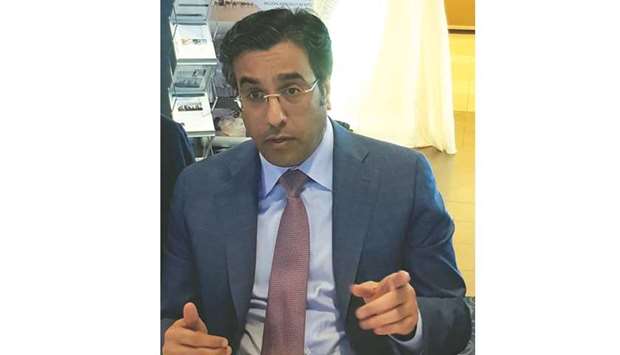 The chairman of Qatar’s National Human Rights Committee (NHRC) said yesterday that the Gulf crisis has reached the peak of escalation, increasing the worries and concerns of the Gulf peoples.
HE Dr Ali bin Smaikh al-Marri stressed the need for deterrent measures against the blockading countries to compel them to stop the violations that have affected thousands of families and individuals being citizens or residents of Qatar.
He noted that the US, like other Western governments, would bear some responsibility if they do not act immediately to prevent the blockading countries from deliberately prolonging the crisis and to protect human rights in the Gulf, as it does in the rest of the world.
During his visit to Washington, DC, Dr al-Marri called on the Tom Lantos Human Rights Commission in the US Congress to visit the NHRC in Doha to investigate the repercussions of the blockade and know about the reforms done by Qatar in the field of labour market and protecting the rights of Qatari citizens and expatriates.
He expressed NHRC’s readiness to bring a number of the blockade victims to provide live testimonies on their suffering during a hearing in the US Congress.
During a meeting with Deputy Assistant Secretary of State for Arab Gulf Affairs Tim Lenderking, Dr al-Marri praised the statements made by Lenderking on the humanitarian repercussions of the blockade crisis and warned of the dangers of dispersing the Gulf families.
“These violations continue to exist and the blockading countries continue to put obstacles to hinder the movement of families between them and Qatar in violation of their basic rights, foremost of which is the right to family reunification, mobility, treatment, property and other basic rights,” he said.
He also held meetings with a number of members of the US House of Representatives, including chairman of the Subcommittee on the Middle East Representative Ted Deutch, member of Congressional Group on Qatar Representative Jim Himes, co-chair of the Congressional Group on Qatar Representative Gus Bilirakis, member of Congressional Group on Qatar Representative Hank Johnson, member of Congressional Group on Qatar Representative Chris Stewart, member of the Subcommittee on the Middle East Representative Steve Chabot, Representative Vicky Hartzler, and Representative Jackie Speier.
During the meetings with representatives, Dr al-Marri discussed developments in the region, warning in this regard that the Gulf region and the Middle East in general are engulfed in enough crises, and no longer able to take more escalation.
“We hear, from time to time, about international and regional efforts to ensure security and stability in the region. It should be noted that the success of any efforts to establish a regional or international alliance depend on resolving the Gulf crisis, ending the violations of the blockading countries and restoring the rights to the Gulf peoples affected by the crisis,” he said.
Dr al-Marri also briefed them on the reforms taken by Qatar in the area of labour law, the development of laws and legislation that guarantee the rights of citizens and expatriates in the country, and human rights in general.
“Qatar has undertaken a series of reforms in labour law, protection of the rights of expatriates and human rights in general,” he said, noting that the ILO and other human rights organisations have valued the reforms undertaken by the Qatari government, including the adoption of the first law on political asylum in the region.
Dr al-Marri pointed that the government of Qatar has responded to many of the recommendations that the NHRC has always submitted, which has enabled the adoption of many legislations and laws that grant more rights to Qatari citizens and residents, the latest of which was Qatar’s ratification of the International Covenants of political, civil, economic and social rights, noting that the NHRC continues to call on the Qatari government to continue the course of reforms.
Responding to questions from these representatives on the fate of international efforts, particularly the Kuwaiti mediation to solve the Gulf crisis, the NHRC chairman said, “Unfortunately, the previous Gulf meetings and summits failed to find a solution to the suffering of the Gulf peoples, because the blockading countries have ignored their human tragedies, and insisted on further harming these peoples and disruption family ties.”
He also gave a background on the vicious campaigns led by the United Arab Emirates since the beginning of the crisis against the NHRC attempting to cast doubt on its credibility, stressing that committee is continuing its legal and judicial procedures to prosecute UAE officials for their violations and attempts to discredit the NHRC.
Dr al-Marri said mentioned about threats to bomb Al Jazeera Network. “We will not accept attacks on journalists, the promotion of hate speech and incitement against journalists and media institutions.”
He called on the American administration for more attention to the Gulf peoples and what they suffer. He stressed that ensuring stability in the Gulf region begins with putting an end to the violations caused by the blockade of Qatar and restoring unity between the Gulf societies. 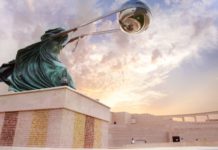