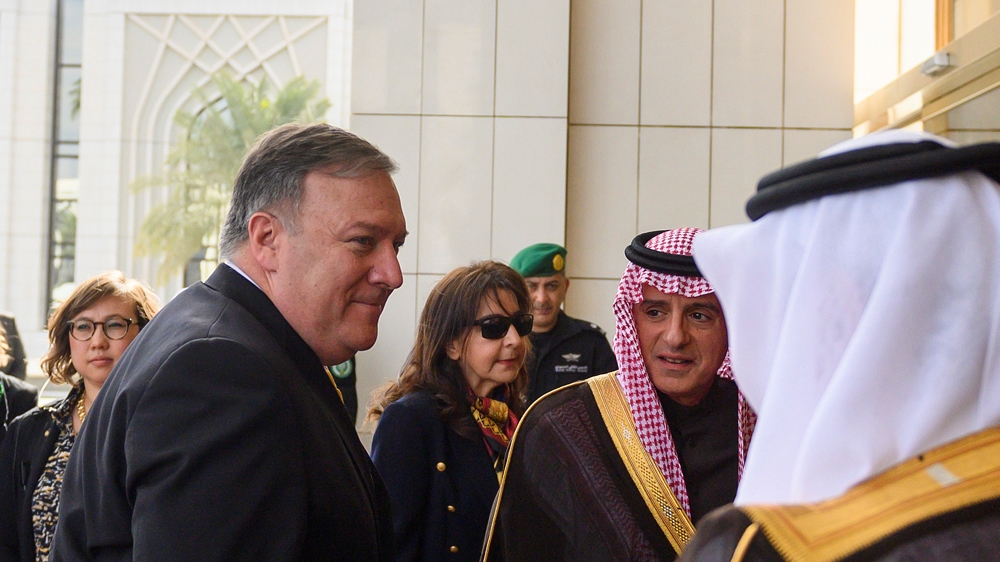 Top US diplomat and Saudi Crown Prince Mohammed bin Salman meet in Riyadh for talks on range of issues.15 Jan 2019

US Secretary of State Mike Pompeo and Saudi Arabia’s Crown Prince Mohammed bin Salman have agreed on the importance of de-escalation in military operations in Yemen amid United Nations‘ peace efforts to end the conflict.

“On #Yemen, agreed on need for continued de-escalation and adherence to Sweden agreements, especially cease-fire and redeployment in #Hudaydah,” the US embassy in Riyadh tweeted on Monday after a meeting between Pompeo and Prince Mohammed.