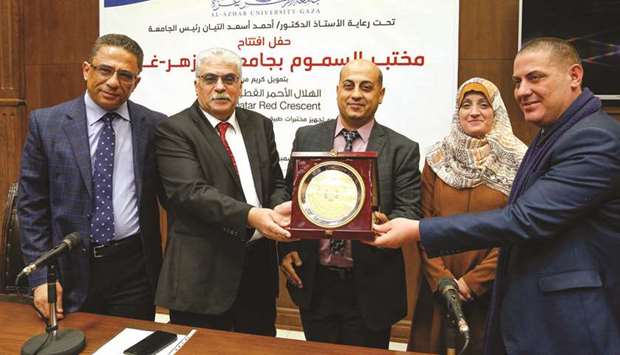 Qatar Red Crescent Society (QRCS) and Al-Azhar University Gaza (AUG) have celebrated the inauguration of the university’s new toxicology and pharmacology lab, under a project to establish specialist medical labs at Gaza medical education institutions.
Held at the Gaza City campus, the ceremony was attended by the AUG Board of Trustees and top management, as well as public figures, representatives of NGOs, and community leaders.
At the ceremony, President of AUG Professor Ahmed A El Tayyan said the new lab would provide the first-of-its-kind food quality testing capability.
It would help AUG students and researchers, the concerned ministries, and the private sector to provide the best toxic diagnostic services.
“We would like to thank QRCS for their constant support to the university,” he added. “ Earlier, QRCS implemented good educational projects for AUG, at a total cost of US$2.85mn.
Notably, they constructed the infrastructure of the new campus in Al-Mughraqa Town, southern Gaza”.
In his remarks, Head of QRCS Mission in Gaza Dr Akram Nassar valued the role played by AUG in capitalising on their expertise to make the project a reality.
The lab is well-equipped to make quality tests for samples of food products.
As a research facility, it can contribute to informed decision-making at the policy level, thus protecting the health of the Gazan population.
With a budget of US$572,000, Dr Nassar explained, the medical education laboratory equipment project covered three universities, AUG, the Islamic University of Gaza and the University College of Applied Sciences (UCAS). The newly opened toxicology lab at AUG had a funding of US$145,000.
On the occasion, the president of AUG gave an honorary shield to QRCS, in recognition of their extensive efforts to support the university and its students. 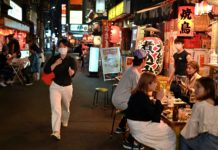