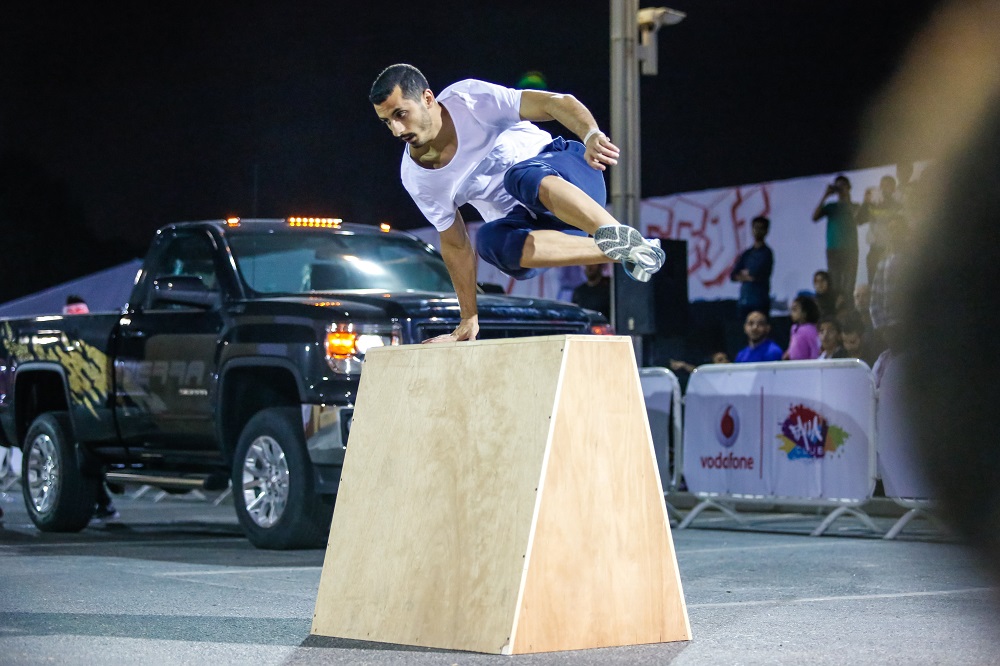 In a blaze of fire, LEDs and gravity-defying stunts, the region’s first Parkour competition opened to a full house and a Moroccan winner as more than a dozen of the best athletes from around the region competed for the title of “Wild Khaleeji”.

The event, led by local youth empowerment organisation the Youth Company, was the culmination a MENA-wide online submission campaign and a road-trip across the GCC which resulted in 78 submissions.

The 18 finalists were chosen from qualifiers, which were held in collaboration with Mohammed Al Attar, a Red Bull-recognised freerunner and parkour athlete from Kuwait.