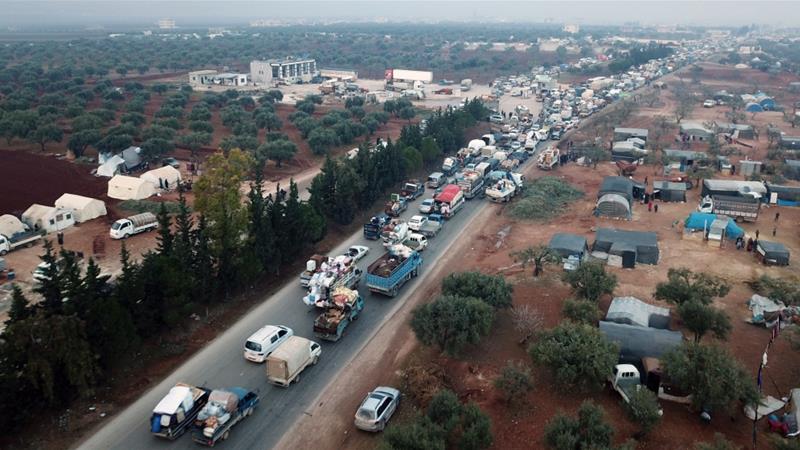 More than 235,000 people have fled the Idlib region over the past two weeks, the UN has said, amid air raids by Russian and Syrian government forces targeting Syria‘s last major opposition bastion.

“With the latest escalation of violence in northwest Syria, civilians in Idlib governorate are again suffering from the devastating consequences of hostilities,” it said.