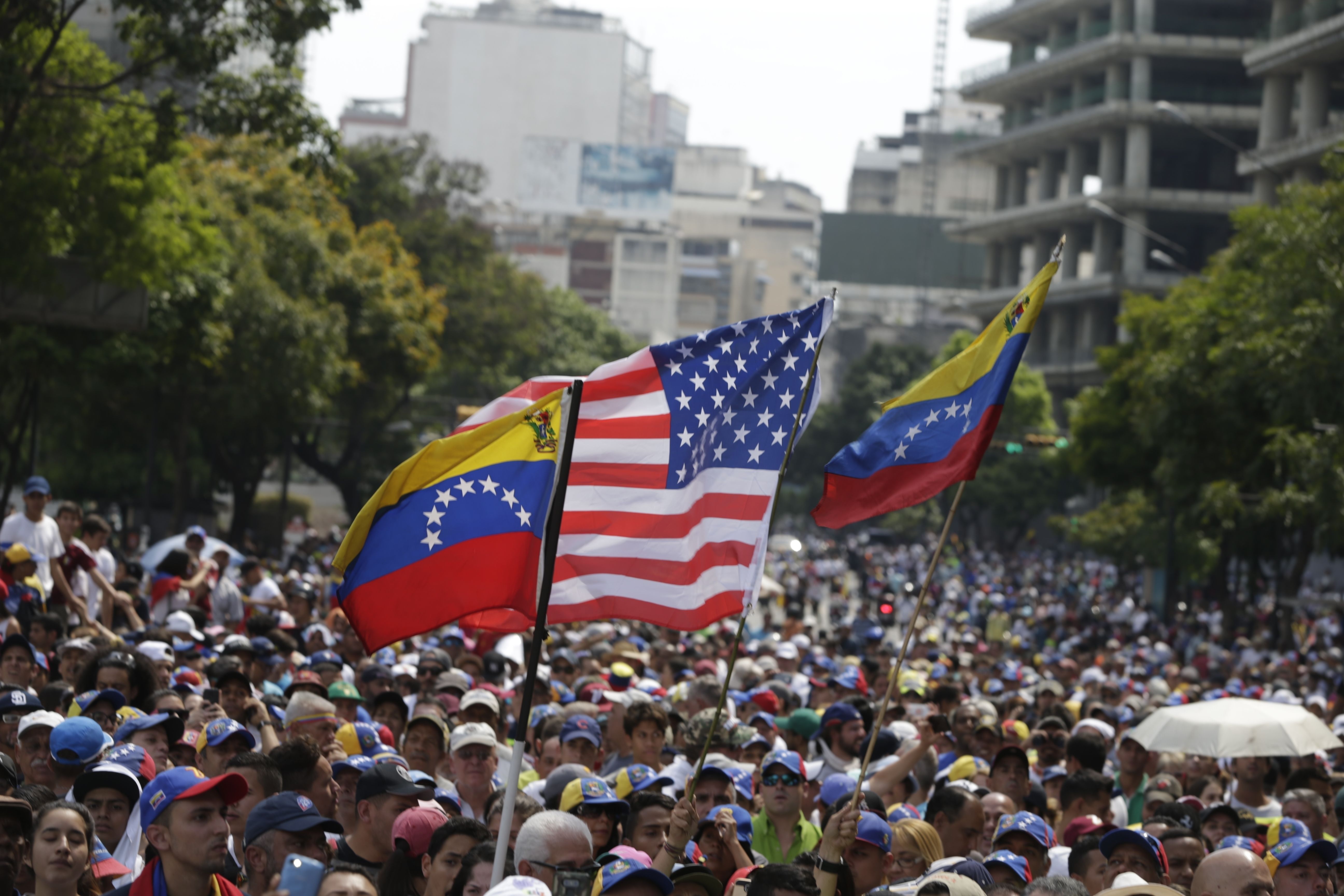 Share on Facebook
Tweet on Twitter
Supporters holds Venezuelan and U.S. national flags as they listen to opposition leader Juan Guaidó speak during a rally in Caracas, Venezuela, Wednesday, May 1, 2019. Guaidó called for Venezuelans to fill streets around the country Wednesday to demand President Nicolas Maduro’s ouster. Maduro is also calling for his supporters to rally. (AP Photo/Martin Mejia)

WASHINGTON (AP) — For the third time this year, the big moment in Venezuela has turned into a bust.

Trump administration officials had expected that Wednesday might turn out to be the beginning of the end for President Nicolas Maduro with senior government figures withdrawing support and the opposition launching a mass uprising with military backing.

Or at least that’s what the administration had been led to believe.