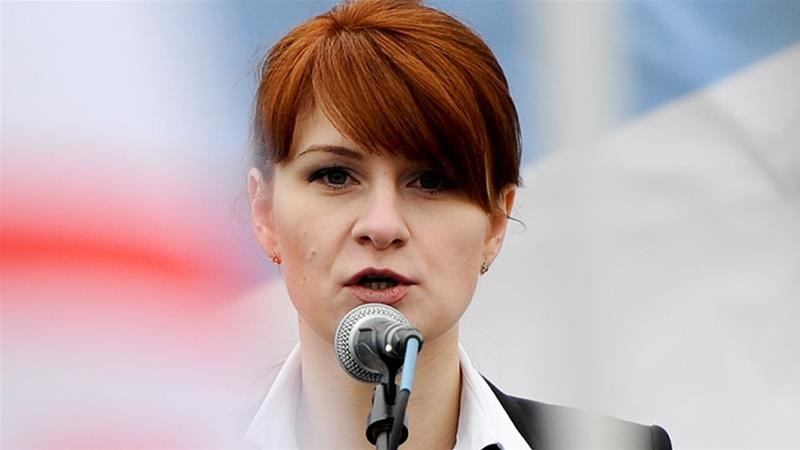 Butina, who asked for leniency at Friday’s hearing, will be deported to Russia after completing her sentence.

Admitted Russian agent Maria Butina was sentenced to 18 months in United States prison on Friday after the Siberia native, her voice breaking with emotion, begged a judge for mercy and expressed remorse for conspiring with a Russian official to infiltrate a gun rights group and influence US conservative activists and Republicans.

US District Court Judge Tanya Chutkan imposed a sentence that matched the prison term prosecutors requested and also agreed to have Butina, 30, deported back to Russia after she completes her term.