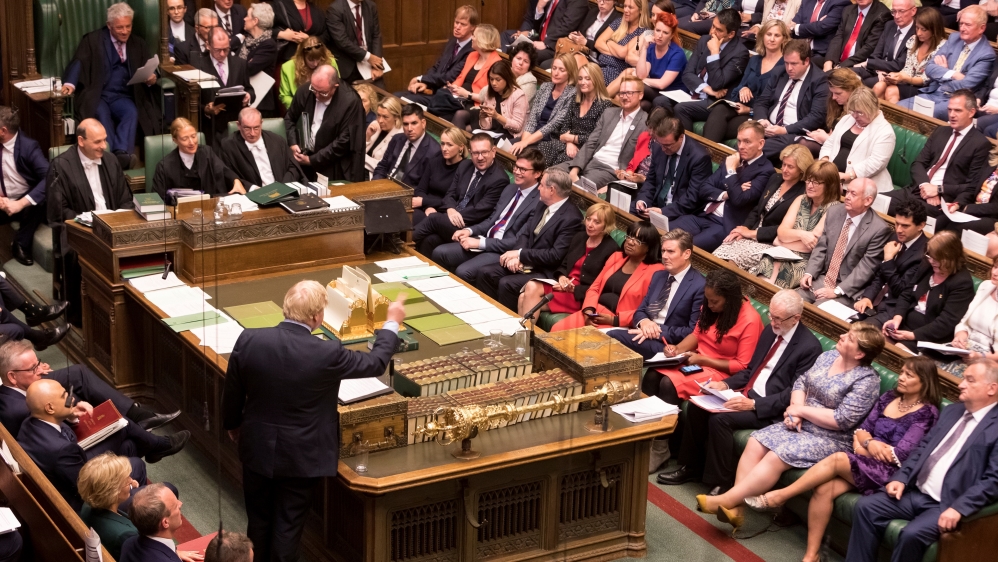 British Prime Minister Boris Johnson is in the midst of a major parliamentary showdown over his bid to take the United Kingdom out of the European Unionby an October 31 deadline, with or without a divorce deal.

On their first day back after summer holidays, rebel and opposition MPs on Tuesday voted in favour of seizing control of the parliamentary agenda for the following day in order to introduce a bill forcing the prime minister to request a Brexit delay until January 31, 2020 – unless legislators approve a withdrawal agreement, or vote in favour of a so-called no-deal departure by October 19.