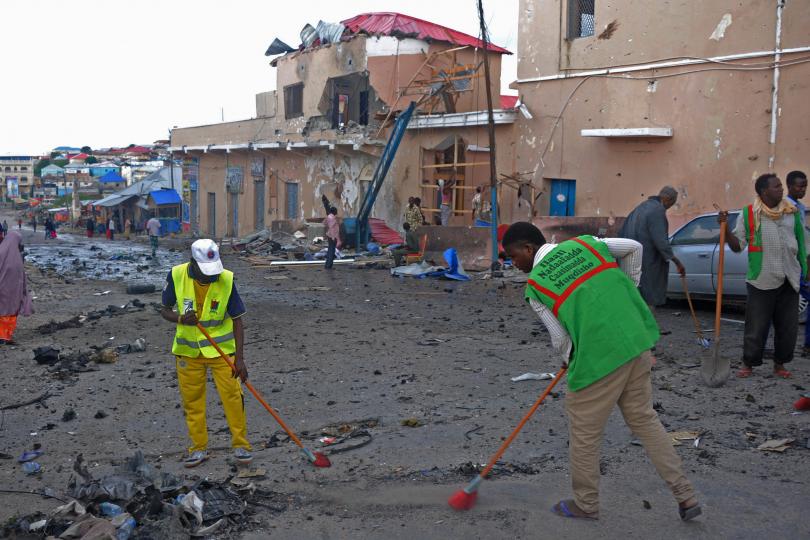 At least 10 people have been killed including four attackers in an assault on Somalia’s Criminal Investigation Department (CID).

Al-Shabaab claimed responsibility after two suicide car bombs struck the gates of the CID headquarters in Mogadishu before at least two gunmen stormed the building.