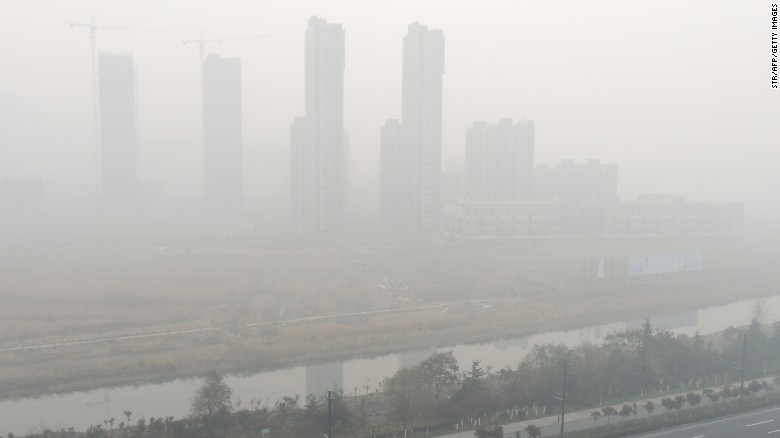 Beijing (CNN) – Much of the Chinese capital shut down Tuesday after Beijing’s city government issued its first red alert for pollution — closing schools and construction sites and restricting the number of cars on the road.

According to the U.S. Embassy in Beijing, the air quality index stood at 250 this morning, classed as “very unhealthy” and 10 times higher than World Health Organization recommended levels.