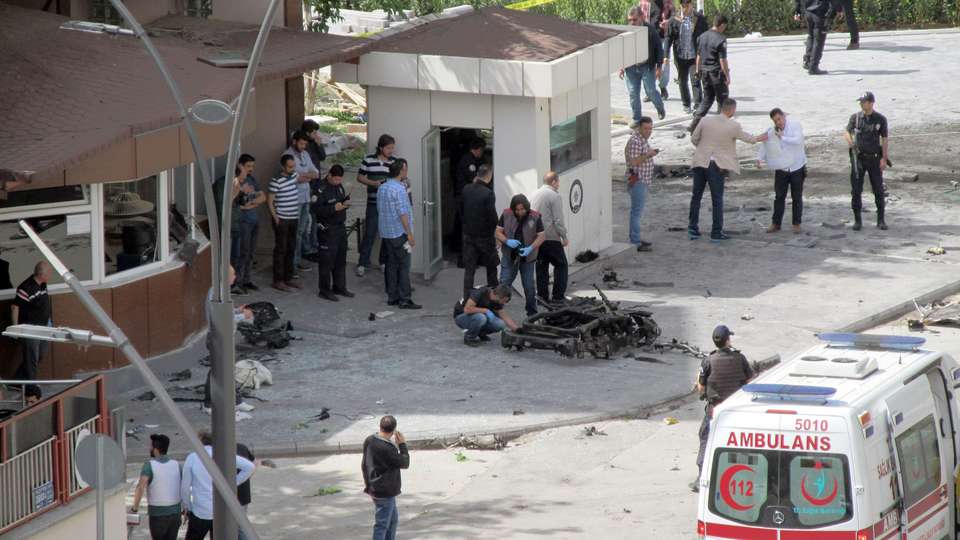 ANKARA, Turkey — A car bomb struck the entrance of a Turkish police station Sunday in the southern city of Gaziantep, killing two police officers and wounding 22 other people, according to the state-run Anadolu Agency.

Four civilians were among those injured in the 9:17 a.m. explosion, according to Gov. Ali Yerlikaya of Gaziantep province. The blast shattered the windows of nearby buildings.

The police station is close to offices for the governor and mayor. Gaziantep is also home to the offices of international aid organizations focused on the conflict in neighboring Syria.