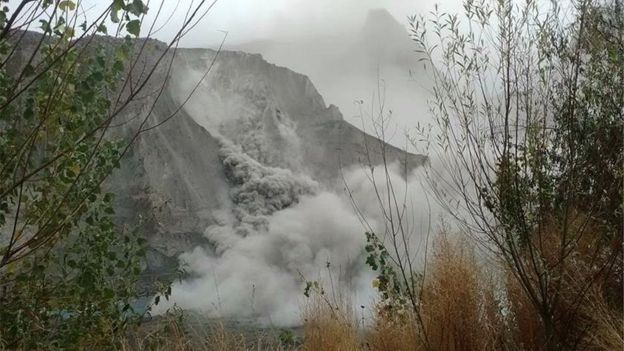 More than 260 people have died, mostly in Pakistan, after a magnitude-7.5 earthquake hit north-eastern Afghanistan.
Tremors from the quake were also felt in northern India and Tajikistan.

At least 12 of the victims were Afghan schoolgirls killed in a crush as they tried to get out of their building.

The earthquake was centred in the mountainous Hindu Kush region, 76km (45 miles) south of Faizabad, the US Geological Survey reported.
The death toll is set to rise as the most severely affected areas are very remote and communications have been cut off.