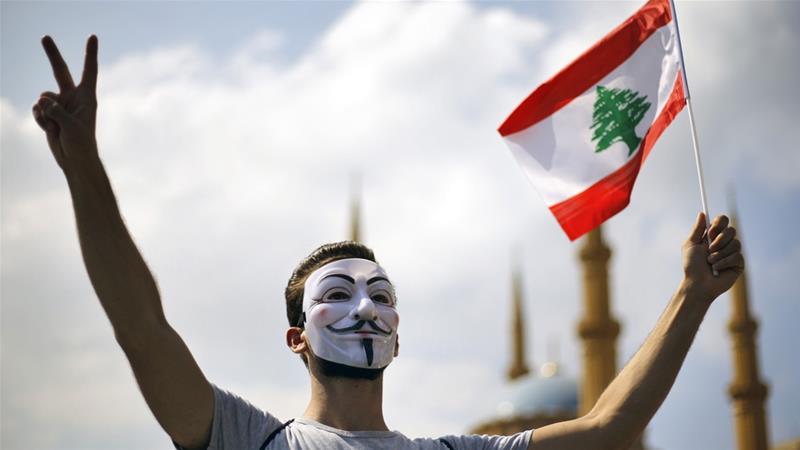 Protesters blocked roads across Lebanon‘s capital city in demonstrations against deteriorating conditions as the country grapples with an economic and financial crisis that has stoked fears of currency devaluation.

The demonstrators gathered shortly before noon in the central Martyrs Square in Beirut on Sunday. Several hundred then marched along a main road near the government headquarters, where riot police were deployed.