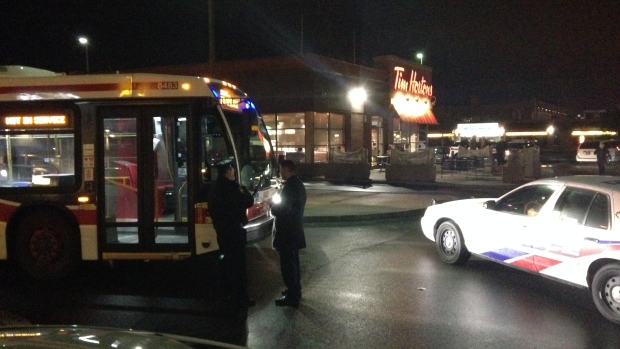 A 31-year-old man is facing multiple charges after allegedly hijacking a TTC bus with a knife and forcing the driver to take him to a Tim Hortons in Toronto overnight.

Police were called 12:30 a.m. ET Friday about reports of a man on a bus armed with a knife near Steeles Avenue and Highway 400.

The man allegedly forced the driver at knifepoint to run through several red lights before directing him to pull into a parking lot shared by a Tim Hortons and McDonalds, west of Sante Drive.