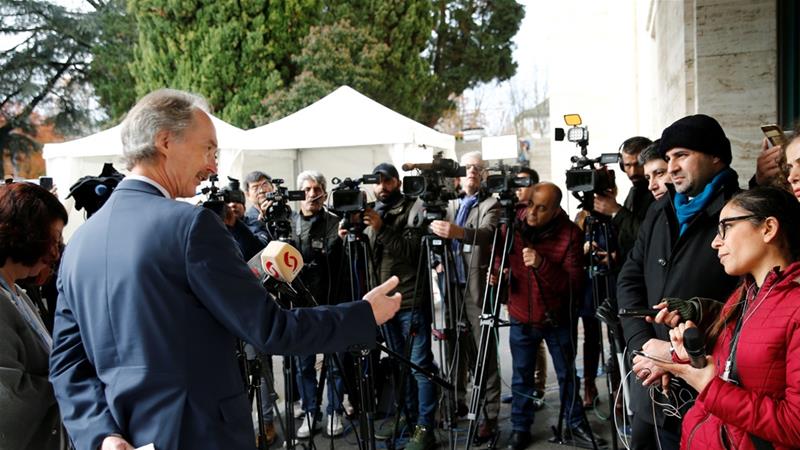 Geneva, Switzerland – A month after the creation of a constitutional committee formed to amend Syria‘s constitution, its members have failed to reach an agreement over a common agenda, a United Nations official has said.

Opposition members on Friday blamed representatives of the government’s delegation for the failure to kick-start a long-awaited process meant to revise the Syrian constitution of 2012 that would usher in a new democratic phase in the worn-torn country.

When the UN-brokered talks in Geneva came to a halt on Friday, delegates accused the government of rejecting the tentative agenda proposed by the opposition “at least five times”.